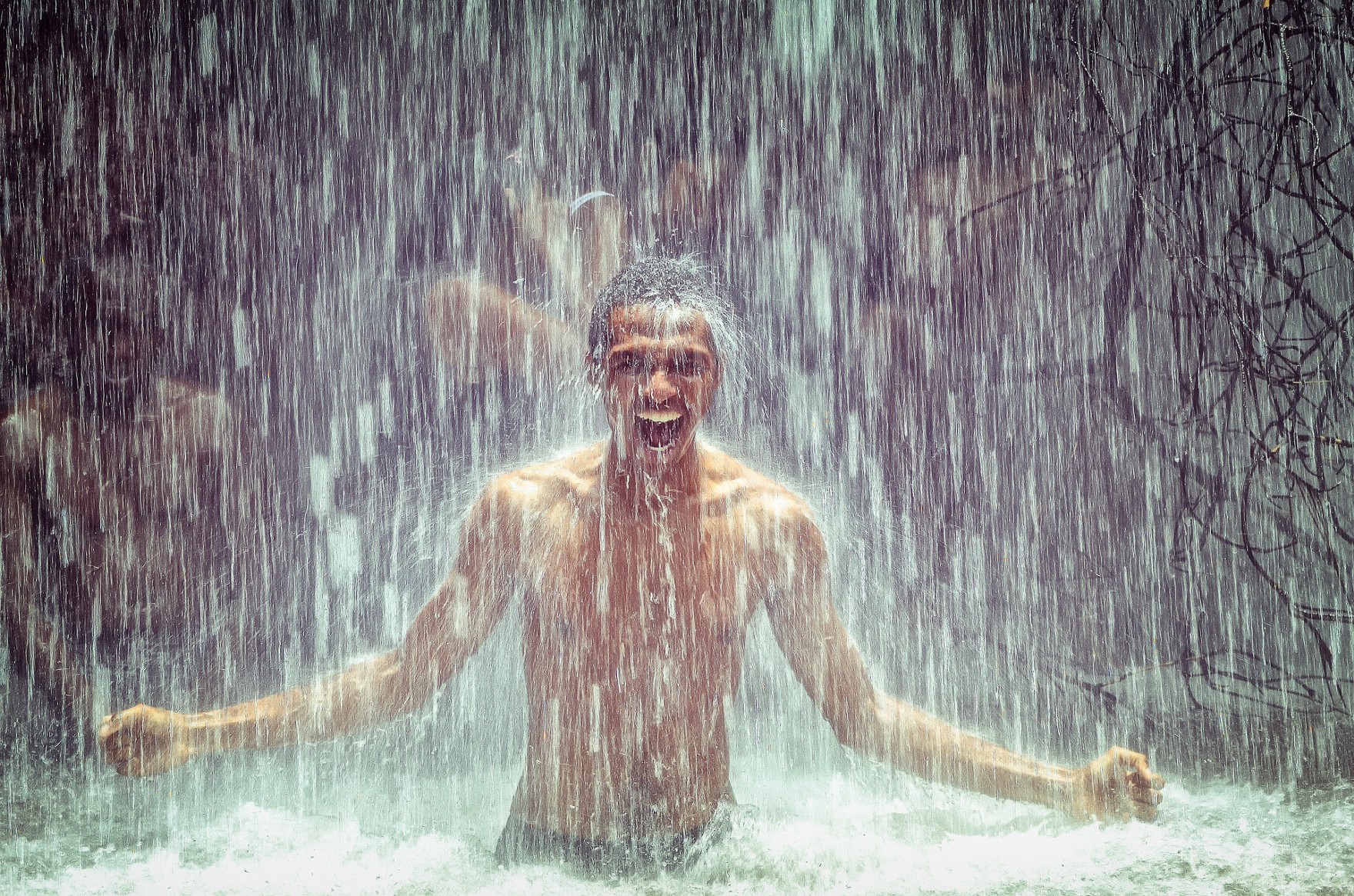 And through that journey, both men and women have been struggling to differentiate between the new, wanted masculine from the dysfunctional, abusive, old one.

Granted, through the process of the feminine’s empowerment (feminism), we have truly denied men some -if not near all!- of their legitimate masculine traits and that is a sad and devastating truth of the otherwise truly needed path towards the reinstatement of the feminine.

Masculinity is indeed pure and positive by default. We should never have vilified it as a way of avoiding being caused further imprisonment and pain. It mustn’t be seen as the focus of blame. It’s just that this, evidently, was the pendulum swing that needed to happen in the unpredictable process of our collective gender-polarity evolution.

The unforeseeable attacks that the masculine has indeed suffered have made it so that we now find ourselves in a state of confusion and intense starvation for this unique fire of masculinity. We have effectively neutralised half of our force in our effort to remember the other half.

However, while we definitely should not be accepting this loss of the masculine as collateral damage, we shouldn’t be looking backwards at the familiar models of patriarchy to reclaim it either!

It’s understandable to lean towards doing so, of course, yet we must be cautious to not choose the previously traversed path, as it has proven incomplete and hurtful (and it is part of what has created its opposite reaction – the disowning of masculinity altogether). So, even though observing the past surely does seem to be working for accessing a man’s lost sense of masculinity, we also need to be asking ourselves, what kind of masculinity is that?

Fortunately, we are no longer restricted by having to choose between either preserving masculinity or avoiding patriarchy’s obviously negative effects.

Because the issue of patriarchy is not masculinity itself, but the denial and exclusion of femininity – which creates monsters and victims out of people.

What is missing in the equation of healthy masculinity is the valuing of and trust in the feminine’s natural powers of perception and reflection.

This is what will differentiate the pure, new, masculine energy from its rigid patriarchal memory.

Patriarchy has been the expression of an old perception of masculinity that stems from a threatened state of being (but which is veiled) where a man does not feel worthy, confident or driven unless others submit to his will and accept his supposed higher status.

This is rooted in the superstitious distrust and exiling of femininity (within oneself and others) – as graciously provided by religious indoctrination and societal power games.

This created the outdated model of the patriarch, who needs to be constantly fed with positive reflection, no matter what the actual effects of his choices are. He needs to receive a “yes” for everything and doesn’t understand “no’s” as anything accurately reflective of his own behaviours. According to this limited and fearful understanding, he then perceives, acknowledges and desires the feminine only as a passive, agreeing, allowing, yielding energy (which it isn’t!).

Femininity is alive, responsive, multidimensional and wise – which means its reactions will differ according to its stimuli.

So, due to these misconceptions, patriarchal societies have expected their women (and children and employees and people of other sexual orientation or class or race or species etc) to follow and to obey, as a sign of respect and honor towards the masculine, but without it having received the feedback of the feminine of those “below” it.

This has been masked as part of how the masculine takes care of his people, however giving does not require any control. Only needing to be seen unconditionally positively and having no opposition to one’s will does. Why would acting for someone’s benefit or protection demand subservience anyway? One wouldn’t need this kind of loyalty if their actions were undoubtedly in the other’s best interests. Receiving those actions would naturally find no barriers, it would be seamless. Why would there be any need to question something that is surely desired?

So it must be recognised that when the feminine denies or distrusts a type of masculine energy, its reasons matter.

This is the misperception that patriarchy has been operating from: that trust towards a man is a moral, emotional and personal matter rather than a practical one; in other words, that trust should naturally be given to a man simply because he is one, no matter what.

This, in reality, is tyrannical, not masculine.

Trust does feel good to receive, for sure. And it is indeed necessary for the unencumbered flow of masculine expression too! And of course a man can be trusted. But that obviously cannot be imposed.

Patriarchy has treated this potential lack of trust as a petulant, unfair or irrelevant reaction towards a leader/man, when it has clearly misunderstood the feminine’s natural responsiveness and denied its powers (of sensitivity and energetic perception).

The feminine’s reflectivity should never not be listened to. It’s a tool, a positive power, not a spiteful challenge.

This of course does not mean that women should be blindly trusted either. It’s just that patriarchy has been operating from a general attitude of assumed trust towards masculinity and automatic distrust towards femininity. This is the change needed, to see the feminine for what it is and not for what it has wrongly been believed to be.

The fact is, that (healthy) people neither need to nor want to be ruled. We may have learned that’s the only way to receive desirable masculine energy, such as in the form of love, advice, assistance, support, protection, witnessing etc, however those have merely been the decided terms, not a set, normal way of relating.

Nobody actually wants to be led. What they want is to be loved, and without having their own selfhood diminished, bypassed or replaced.

So, what can seem to feel good about being “led” is in fact only being facilitated towards the fulfillment of a pre-existing desire – through having been seen into and attuned to!

This means that what is appealing there is that we are being known and somebody else is putting energy towards our actualisation, and with us. It’s not the old patriarchal recipe of being led by someone who supposedly knows better than us how to live and what to want, as if we’re empty beings in which somebody pours their own self and direction (for their own narcissistic reflection really) that exiles ourselves from our own body and life.

Yes, we want the force of masculinity, we want initiative, spontaneity, action, but we don’t need to be told who we are, to give up the ability to make decisions for ourselves or to not have purpose of our own – which by the way isn’t to be a secondary, supporting role for a man’s life – even if it might be at home for those who truly desire it!

For too long have we accepted that in order to be at the receiving end of this amazing force, we need to be blindly acquiescing to its whims.

A man who finds no opposition is not a strong man, he is an enabled, potentially ignorant, addicted person (to the drug of having access to the feminine without boundaries/requirements).

So, the new man must become masculine again, yes, but he needs to include the feminine in his power, in that he needs to have the equally important strength of meeting the reflection of his being, instead of excluding, ridiculing, ignoring and punishing it instead – both in himself and in others.

Masculinity should not be preserved at the expense of femininity anymore. It should simply welcome its lost half back into the fold. That’s all. That’s the only thing that needs to happen and it makes all the difference in the world.