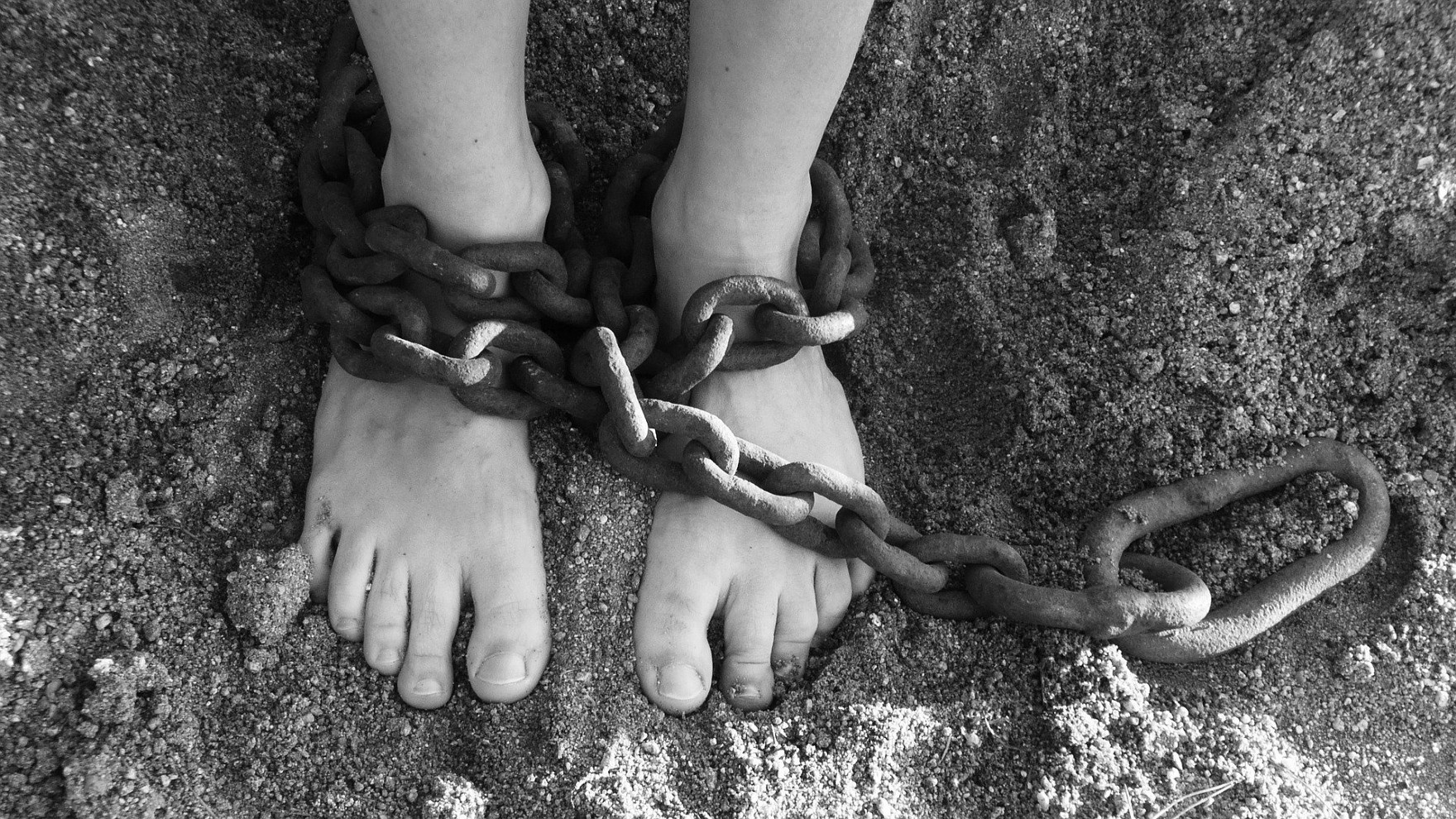 Emotional parentification only happens when a parent doesn’t really want to be a parent.

This may sound harsh, and to an extent, the parent themselves may not even be aware of it, nevertheless it is a reality that we need to see if we want to make sense of and save ourselves from the results of emotional parentification.

The burden of emotional parentification cannot happen unless the parent feels entitled to do so and if they do feel entitled, then it must mean they are not taking care of the child purely out of love (if at all).

One common subconscious and unhealthy compulsion towards becoming a parent when the person doesn’t really want to be a parent has to do with feeling blocked from having one’s emotional needs fulfilled as a child.

When these parents were children themselves they were treated as if they were “too old” to require what they did, as if their needs were “too immature” or maybe even “insatiable”.

Thus by the time they literally became “old enough” -adults-, they found it perfectly logical to believe (but only due to their conditioned sense of “logic”) that they were then entirely exiled from the opportunity of getting those pending emotional hungers satisfied.

Finding themselves in that predicament, they could easily end up feeling drawn to having children in an unconscious effort to complete their own missing needs.

So the potential space of their relationships with their children becomes the only remaining possibility for their subconscious, which still needs what it needs just as much.

The period in which these children heard that their needs were supposedly no longer appropriate was a purely manufactured landmark, when in fact they were absolutely still needing them.

Society largely denies the most profound and basic emotional needs to adults too, precisely because of this childhood pattern of the supposed appropriateness of age regarding emotional needs.

The reality is rather simple; when a person feels they need something, they just do.

So as a result of this pattern, these types of parents carry and pass on to their children the false belief that their need for support, reliance, and dependency is “dysfunctional”.

An emotionally hungry parent who believes their needs to be wrong denies their child those same needs.

Emotional parentification also only happens when the parent does not have a present partner, emotionally or literally (with whom they could have intimacy).

If the parent had originally received what they needed as a child, they would go into adulthood feeling naturally open to receive their adult emotional needs, which means they would simply be asking for them from other, actually able and available adults instead of their children.

So these needs find refuge in their relationship with their children, where they cannot be shamed or denied by other mature, independent minds; and there they hide in the warmth of the false morality of “love”.

Emotional parentification is narcissism dressed in the clothes of codependency.

The parent presents themselves as a person needing love from their child, coercing the child in a type of relationship they did not choose and have no power over.

The parent is actually being covertly narcissistic about their needs and sacrificing their child’s emotional needs in their place, attacking how the child experiences their own needs by painting those as narcissistic and so succeeding at reversing the perception of what is actually occurring.

The child’s mind is imbued with this false morality of “love” by being taught that taking care of a parent is supposedly loving and appropriate, accepting it as something to take pride over or with the positive label of being “equal” to the parent, or worse, through an image of their parent as something akin to a saint in the providing for the child’s needs.

Parental self-sacrifice is a tell-tale sign of emotional parentification.

So, through emotional parentification, the child learns that caring about the parent’s “emotions” requires not really having emotional needs themselves, but always prioritising the parent’s needs, so the concept of intimacy becomes only about giving support and taking responsibility, which is in fact burningly toxic.

Because of this facade of “love”, adult parentified children may be blocked from realising that they have indeed been emotionally parentified.

Coming to the recognition of this as an adult is the primary step towards escaping the pattern, because children that experience emotional parentification do not know the taste of what they have not received.

The basis of safety and love that they are lacking is meant to be the natural emotional and hormonal result of being bonded in a trustworthy connection.

Children, of course, are not equipped to fulfil the parent’s needs anyway; childhood is just not designed that way.

Children are in the process of growing up themselves, they are just not ready to emotionally support anyone – not even themselves.

This does not mean that children are “naturally selfish” or that they lack empathy. It’s just that their systems are evolving into adulthood and only then can they possibly become able to share their emotional resources with others.

Expecting this of children would be like expecting somebody whose physical body is still developing to provide food for another.

The same way milk is meant to flow from mother to child, a child cannot provide for a parent’s emotional needs at all.

Exactly like physical rape, emotional parentification is imposed, one-sided, and predatory and it makes hell out of something that is meant to be an experience of love: intimacy.

This then becomes fertile ground for developing that sickly feeling of fearing “intimacy”, when it is not in fact intimacy that one is ever really afraid of, but the secretive violation and silent feeling of being burdened that masquerades as “intimacy”.

This pattern is a powerful factor in how a person may grow up to feel isolated and detached from the world around them.

So, emotional parentification is in a way even worse than physical rape, because it is invisible, impossible to verbalise, and firmly secured under the belief that it is somehow “love” – IT IS NOT.

Emotional parentification is thus a confusing and debilitating experience; potentially even a panic-inducing one, as the child not only finds themselves alone in their own care and protection – which is a powerless state that simply cannot be fully resolved by the child alone – but they also get drowned under the idea that they are responsible for taking care of their parent’s emotions instead.

This is why emotional parentification in essence feels like incest and also partially why emotionally parentified children may feel like solving this pattern by seeking to parentify their own partners or friends.

Emotional parentification is in essence a (possibly subconscious) revenge by a parent who has been psychologically dominated as a child.

It’s that restricted, shamed aspect of a person (man or woman) saying: “Fine, you demand that I be disempowered and accept being a codependent in our relationship? Then all of my emotions will be assigned to you!”.

And then it controls, marginalises, negates and never fully nourishes it.

When part of us becomes infantilised, it then seeks to parentifies another.

But since the (direct or invisible) patriarchal power game cannot be resolved in the original relationship with the offending parent – because the dominating figure is not usually receptive to feedback -, the child gets stuck in a loop:

The child painfully bounces between the urge to fight that parent and their conditioned belief that they need to relinquish control to them to get what they need.

This then easily may transform into a covert desire for revenge as a (failing) attempt to accommodate for these two conflicting needs.

Thus, emotional parentification doesn’t happen purely because of unmet needs, but also because the parent who has been dominated as a child feels trapped in powerlessness. And in this case, they may decide to seek both the reclamation of their personal power and the satisfaction of their needs against someone they feel they can actually have the upper hand with: their child.

So, when such dominated parents end up emotionally parentifying their children, they will both project on the child the role of the patriarchal model of a parent (responsibility), because they’ve learned they must not embody that power in themselves, and at the same time they will oppose that power by taking revenge towards the parent who disempowered them, still in the face of the child, which of course puts the child in an impossible position.

The parentifying parent however is not only stuck in the unresolved pattern within themselves; they are also confused as to what they actually want because of that same pattern.

Parentifying parents cannot possibly find resolution through their children, also because what they are asking for is a false parental energy to begin with – in the same model which they have learned from their own family and culture.

Parentifying parents operate from the misconception that what they require is a “parent” to take over their will.

Hence, the parentifying parents’ inherited concept is that they need to place themselves in the position of “the child” (dominated) – but which they also resist (to try to claim their power back) – in order to receive their desired healing parental experiences.

And in the same way, their then parentified children learn that being parented is the solution they’re looking for later on in life, but while that type of parenting is already distorted.

Parents should never be figures of authority. That equals abuse.

What these parents did need as children was responsible and loving parents who would be able to combine their personal and practical life wisdom with accurate psychological attunement and genuine care towards their children; not someone to superimpose and force their preferences and ideals onto them.

Emotionally parentified children may feel like the only way to escape their predicament is to either reverse the roles – effectively parentifying their partner/friends in their place, which they feel as “relationship” – or avoid relationships altogether.

Parentified children feel frantically driven to search in all kinds of types of relationships for that daddy and mommy in disguise, in order to finally heal and fill in the gaps (regardless of whether they succumb to these attractions or avoid them.)

So, in these attempts, parentified adult children tend to imagine the solution of the double problem of emotional parentification – feeling responsible for others’ emotions and not having their own emotional needs met – as one, “perfect” person: they hope for someone that fully takes care of them while they adopt zero responsibility in the relationship.

However, they also instinctively feel that this ideal person cannot truly exist and thankfully, they are indeed right, but not because the situation is hopeless, but because their zero-responsibility fantasy is what actually stands in their way. The model they imagine would both exclude their personal power and require the other person to not have a self/needs (as a narcissistic remnant of their parent’s dysfunctional model), which would result in an enmeshed, codependent, and static space, where no-one really exists.

What the emotionally parentified child does need is the realisation that they’ve been conditioned to repeatedly give away their care to someone else as a pre-payment for what they need, but at the same time that they’ve learned that what they do need, they shouldn’t in fact need.

So, what the parentified adult child truly craves when they feel they need a parent, is just a figure that they can trust and rely on – not an actual parent – which just happens to be readily available to adults, as soon as one accepts the validity of their emotional needs and stops looking to false parental roles for rescue.