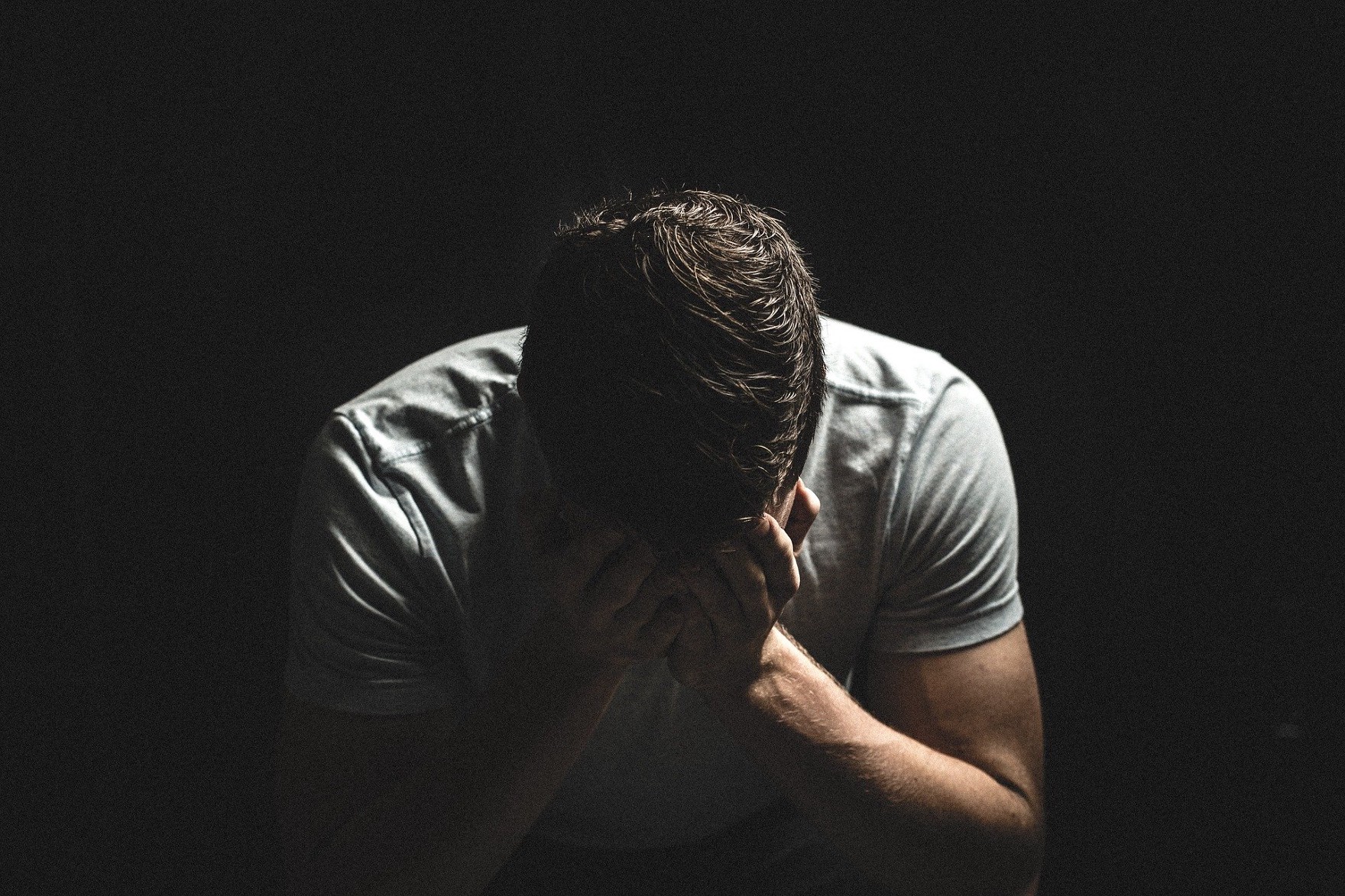 Addiction is not weak, bad or self-indulgent.

Addiction is the result of denying ourselves pleasure. And pleasure in its natural form ignites, sustains and heals.

When we seek to gratify a desire in a way that has negative side-effects, it isn’t pleasure; it’s a subconscious targeting of both the positive and the negative effects produced by that behaviour.

Here’s how that gets formed in our subconscious:

As children we learn that we don’t “deserve”, that we shouldn’t want what we desire, so we become conditioned to expect punishment in order to appease the condemning parent, as a way to “pay” with self-destruction. That in turns allows us to experience a substitute of the pleasure that we actually want.

Going straight for the real pleasure would make us feel intense shame, as if we were claiming something beyond our “worth”. And this is the same shame that we suffer from even when going for the impure substitute.

So even though we attribute that shame to the addiction itself (as if it was an irrelevant result of character), it is actually the original need that we feel shame for. If the need had been deemed normal to begin with, it wouldn’t have been a “failure” to seek to fulfil it and therefore it would not have been associated to an imagined “weakness” of character.

The shame that’s preventing us from meeting our needs is based on the concept of “selfishness”. We are infected by this idea, even though it is entirely fictional.

If we get addicted to anything it is exactly because we are blocked from having what we need, so our system is going for the next best thing: something that we can control and that destroys us at the same time, so that we don’t mistakenly honour ourselves beyond our worth in receiving the direct pleasure we want.

So you see, addiction is the opposite of selfishness!

If we had been taught that pleasure is normal, strengthening, and enlivening, we wouldn’t be running from it as if it is “selfish”, all the while still needing pleasure, thus reverting to coping mechanisms -addictions- that must at the same time attack the self.

The idea of “selfishness” is born out of a gross misunderstanding of how the human system works.

Loving the self is not shame-worthy behaviour, neither is it in any way a detriment to other people.

It is only because our original environments shamed us for pleasing ourselves that we developed an antagonistic relationship between our pleasure and their wellbeing, thus combining pleasure with shame, limitations, social exclusion and rejection.

In reality, there is no pleasure that hurts others nor ourselves. Again, it is only the shame imbued in seeking pleasure that makes us adopt destructive alternatives which don’t truly satiate, so they become highly addictive.

Indeed, taking care of the self isn’t actually destructive.

Instead, it is self-sacrifice or selflessness, that create a world of struggle, stark emotional poverty and suffering health.

Because we follow society’s/parental demands in that eternal quest for “earning” our “worth”, we learn that we must only be “giving” our love out. So when it doesn’t come back in enough, we become depleted but without being able to remedy that because we’re disallowed to give to ourselves.

And so this is where power trips, control games, and manipulation are born: Not from actual “selfishness”, but from the unavoidable eventual result of selflessness/self-sacrifice.

One of the most damaging associations humanity has ever created is that of suffering with worth, and thus constricting a person’s availability to receiving. That positions pure pleasure totally beyond reach.

This is the perfect set-up for powerlessness.

Selflessness does not result in receiving others’ love, as we are led to believe, however it does make it possible for others to have control and power over the individual.

Sadly, exactly because we cannot allow ourselves to be full, when potential love comes and tries to fill us up, we suddenly feel acutely threatened, and we deny or even disbelieve in the offerings towards us. And that’s because our subconscious has been conditioned to expect punishment, withdrawal, even attack as we’ve learned we “deserve” when we honour ourselves with pleasure.

The reality though is that filling yourself up would disgust only anyone who would want you in that disempowered state, where they would be able to control you by making themselves the sole source of your needs and playing a starvation game against you to establish their hold on you.

Your happiness cannot be a threat to somebody who wants to love you into even more happiness.

So, you see, addictions cannot be seen as a person’s “fault”; they are just disallowed and unfulfilled pleasures/needs.

But because addictions have been formed through shame, they actually overshadow our true needs, so they present an obstacle to us getting our underlying, true needs fulfilled.

The real problem is that we believe we cannot or should not meet the need we have, directly.

The addiction is just a coping mechanism that can easily be remedied in the presence of what we actually need. So it is crucial that we identify and clear the path towards those needs.

Furthermore, it’s very important to realise that in all addictions, the core is a need that can only be covered by others.

Because we had no control over what we received in our original relationships (those with our parents), we learned to search for ways to address our needs that could be entirely controlled by ourselves.

Our cultures worship the ideal of “needlessness” and condemn the concept of “neediness” exactly because of this dynamic, when it is not only human but entirely healthy and beneficial to society for us to need one another. In any case, we actually do need one another, regardless of whether we are in a space of admitting it or not.

Another thing that we must acknowledge relative to addiction is that it is absolutely always a response to recurring violation in one’s life.

Addiction is never a “creation” within the self, a supposedly weak-character response to a normal situation, but a reaction to an environment of psychological abuse, which also presents no hope for change (and so the person resorts to addiction to cope).

It is vital, therefore, to identify emotional violations and change or leave abusive environments before we can become able to replace addictions with our true needs.

It is however important to also note that addiction has an unfortunate negatively-affirming result:

The more one uses these substances or behaviours to escape their reality and induce a substitute for their sought out feelings of relaxation, peace, excitement, safety and joy, the weaker their natural ability to create those things becomes.

Their brain’s ability to release the hormones that are equivalent to the natural positive emotions of a loved individual becomes weaker and weaker. So they gradually and eventually find themselves believing in a nightmare kind of life, which in turn “requires” further substance use to escape the “reality” of their depleted brain.

It is imperative to not believe what years of abuse and lack of love have convinced us about “reality” and about what our life is supposed to feel like.

Life is meant to feel pleasurable! The only reason that it seems otherwise is because as children we are stuck with the (abusive) parents we get. And they most usually are either unaware or unwilling to admit to the emotional violence that they’re inflicting on their children.

No matter how hard abuse/abandonment is however, it is actually much harder to live in a “reality” that disconnects us from our pain.

As soon as we are able to accept that the reality we grew up in was indeed abusive and thus separate it from the potential that is available in our future, we should passionately and willingly start facing our pain.

Facing our pain is loving ourselves. Pain is simply what happened to us, not something that we deserve, should feel shame about or be blamed for.

So while that choice of addiction is completely beautiful, smart and appropriate as sought after by our subconscious, we simply don’t need to keep making it as adults. But that door only unlocks with the key of recognising further and further the details of abuse in our parents’ accidental or purposeful behaviour.

Here, it must be said that our parents’ abilities and intentions do not have an effect in the negative results of their parenting.

While parents can absolutely be well-meaning and innocent, their actions must be measured objectively if humanity is to be set free of abuse and not carry it forward into the next generations.

And that objective measure is only their child’s emotions.

Lastly, anything that we do use as a drug is still part of our healing. Because the drop is actually as beneficial as the high, because the negative emotion becomes both easier to perceive and available for us to access. So if we support the wounded emotion to complete its cycle by allowing it to be felt fully, addiction can be enlisted as an ally to our healing.

Addictions are born only out of our innocent desire for belonging.

We damage ourselves to belong and we seek only the pleasure of belonging/love in everything that we do.

And so it must be that the universal remedy for humanity’s pain of isolation and the addictive coping mechanisms that are only the logical result of a very real and unbearable state of existence is in fact  sweeter relationships.